My daughter asked a question.

Little league registration was due, but something bothered my 7 year-old.  She wanted to know if baseball was a sport for girls too.  I tried to reassure her.  Our town doesn’t have softball for her age group, so I reminded her how much fun she had last season playing baseball. 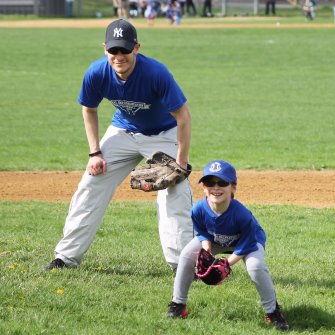 With My Daughter, Last Season.

I also pointed out the other three girls we had on our team.  We reminisced over all the times we’ve played catch and watched Yankees games together.  I even pulled up old YouTube videos of Mo’ne Davis’s dominance during the 2014 Little League World Series.  She still had her doubts.

I decided to do what any reasonable and resourceful parent would do in 2018.

I asked Twitter users for their opinion: “RT to show my daughter she’s not alone…” I pleaded.  “I told her baseball is DEFINITELY a sport for girls, too.  She’s skeptical & I want to show her how many people agree with me.  Thank you!”

RT to show my daughter she's not alone. She doesn't think she can play little league with boys this year. I told her baseball is DEFINITELY a sport for girls too. She's skeptical & I want to show her how many people agree with me. Thank you!

As a second grader, she doesn’t know what social media is yet.  She can proudly count “all the way to 100,” though.  I thought, if I could somehow get a hundred people to back me up, I’d make her a believer.

Fortunately, I did a little better than that.

Over 3,000 people retweeted my post within the first 24 hours.  That’s when Jessica Mendoza (@JessMendoza) of ESPN decided to lend her support.

Mendoza has her finger squarely on baseball’s pulse.  As an announcer for ESPN’s Sunday Night Baseball, she consumes baseball daily.  She’s also been criticized for being a women broadcasting a “men’s sport.”  Certainly, my daughter’s concerns resonated with her.

“Sports, any sport, is for everyone,” Mendoza tweeted to me…and her 107K followers!  “Tell your daughter I not only agree with you but I’ve got her back!!! Go play!”

Sports, any sport, is for everyone. If you want to play then play. Tell your daughter I not only agree with you but I've got her back!!! Go play ⚾️ @LittleLeague @MLB https://t.co/eVq8Eo4NBS

After that, my tweet’s statistics rose faster than Aaron Judge’s home run totals.

“We agree!  Baseball is for everyone.” They tweeted.

We agree! Baseball is for everyone. 🙌

Mo’ne Davis (@Monee__11) – the same Mo’ne Davis I had used as an example earlier in the week – then jumped in.

“I definitely think she can hang with them and be better than them.” Davis tweeted.  “That’s coming from a girl who has done it before.”

I definitely think she can hang with them and be better than them🤷🏽‍♀️ That’s coming from a girl who has done it before pic.twitter.com/mOC7ZtCaNQ

We couldn't agree more Jessica! Tell your daughter we'd love to have her, and any girl, playing Little League Baseball this year, @ByJasonKlein.

If that wasn’t inspiring enough, the USA Women’s National Team (@USABaseballWNT), Play Ball (@PlayBall) and Justine Siegal (@JustineBaseball) – the first woman hired as an MLB coach and founder of Baseball For All – all chimed in with encouraging words.

From there, hundreds of celebrities, athletes, organizations, leagues and journalists caught wind.  So did thousands of everyday Twitter users: men and women, old and young, all willing to support my message and share their own personal stories with me.

Hundreds of parents sent me pictures and newspaper clippings of their own daughters playing ball.  Many told me that the best player on their son’s team was female.  All of them insisted that baseball was a sport for girls too, and wished my daughter luck with her upcoming season. 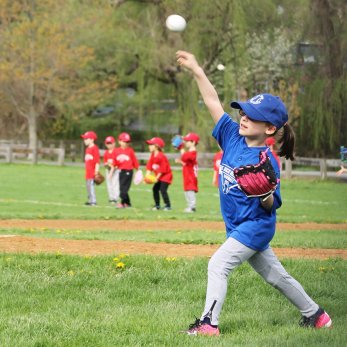 Baseball Is For Girls, Too!

The response was humbling.

By March 11, 2018, my tweet garnered 36,852 retweets, 42,036 likes, over 2,600 personal comments and more than 3.7 Million impressions.  I also received direct messages from many supporters, including writer Jacob Bogage (@jacobbogage).  Bogage was so impressed, he decided to write a feature on us for the Washington Post.

I set out looking to build my daughter’s confidence by having a little fun on social media.

I ended up starting a positive and empowering conversation for young girls looking to simply do what makes them happy…play ball!

I want my daughter to grow up believing she has the same opportunities as boys.  I want her to do what she loves, be confident in herself and accepting of others.  My tweet helped reveal thousands of other parents who feel the same way.

Twitter is often filled with so much negativity.  Many times, it’s directed at women.  I’m happy I could temporarily change the dialog and motivate thousands of people to join in the conversation.

Although my daughter is more impressed by candy and treats than Likes and Tweets, she is convinced that baseball is a sport all girls can play, watch and enjoy.  She even signed up for her second season of Little League.

No questions asked, this time.